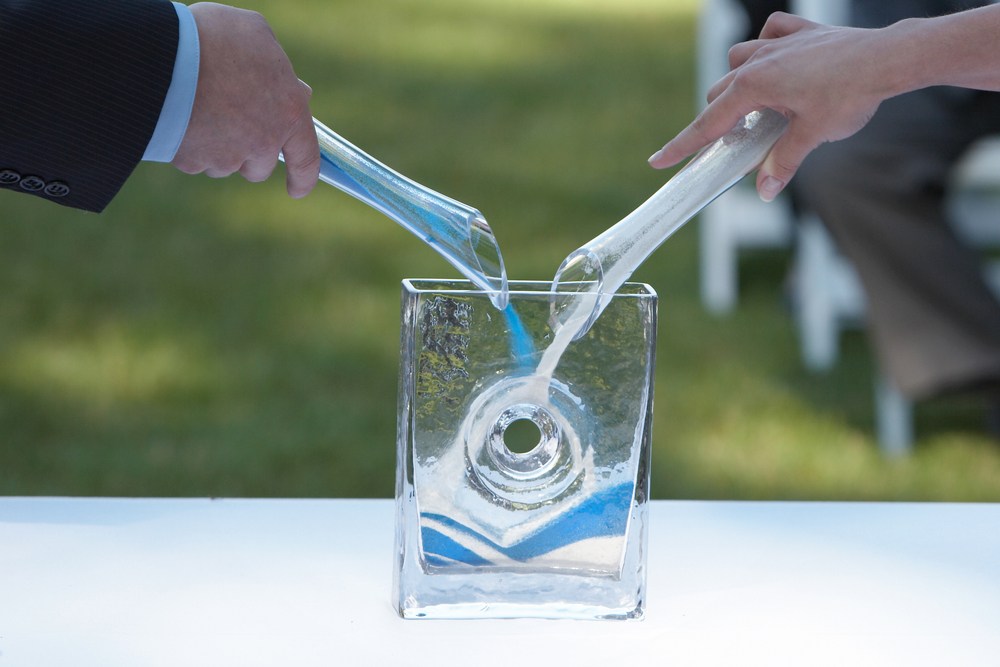 Traditions are named as such for the symbolism they’ve held over the years, but just like that hit on the radio that you loved so much when it was first released, they can seem old or trite when you’re exposed to them too many times.

Here are a few of our least favourite wedding traditions and clichés – both old and new, borrowed and blue.

Child ring bearers/flower girls To be fair, there are many instances in which involving the little ones in the proceedings has been a delightful affair. But for as many good experiences with the young ring bearer and flower girl, there have been just as many bad ones, where a nervous child will break down under the pressure of having to perform.

Sand ceremony for the uninitiated, the sand ceremony is a custom in which the bride and groom each pour sand into an empty vase, supposedly a symbol of unity and togetherness – but isn’t that what the whole custom of marriage is in the first place? The whole thing is kind of superfluous and awkward to watch. Instead, focus your energies on more entertaining things, like food or dancing.

Naming tables When you have been together with someone for a long time, there are obviously going to be certain aspects of your lives that intertwine – whether it be your hobbies, favourite bands, TV shows, whatever. Applying these mundane (let’s be honest) interests as a table-naming theme to personalise the event makes it come across as a strange dating profile translated to real life.

Still life photography Okay photographer, I get it – there are points in the morning of the wedding where it gets a little bit boring taking photos of the preparation process. Your crafty eye will wander away from the bridal party and onto other things, such as the snacks on the table or of shoes waiting to be put on, but you need to remember that the couple is not paying for you to hone your eye for still life photography. Delicately placed flower arrangements and champagne are great for stock photo websites, but not so much a wedding photo album.

Wearing sneakers instead of heels There are times when people like to go against the grain of the mainstream and wear sneakers to their wedding. It’s an interesting juxtaposition – a dress or suit that has had weeks, if not months of investment of not just money, but time and effort searching. Gorgeous. Picturesque. The eyes travel down the gown or suit to the… sneakers. I get that you’re being alternative (plus formal footwear can be excruciatingly uncomfortable) but there are ways to go about it that don’t ruin your entire look. It’s especially bad when the entire bridal or groom party is in sneakers. It. Just. Doesn’t. Work.

Disposable cameras at the reception At first thought, it seems like a bit of a nice touch to put a disposable camera on each table at the reception. Why not? It’s interesting to see the course of events from your guests eyes. But there are a lot of disasters that can also arise from such a practice: a roll of black, blurry, intoxicated or just plain ol’ unflattering photos. You’ve put good money towards a photographer – put them to work instead.

The Roast Toast It’s a time-honoured tradition that the best man will use his speech-making time as his inaugural wedding comedy hour which, essentially, is just a massive roast of the groom, or, if you’re lucky, both the groom and the bride. It seems harmless at first (nervous first dates, youthful shenanigans), but tends to spiral quickly into awkward and uncomfortable territory (slandering ex-partners, being taken away in paddy wagons). It’s not a good look for anyone involved.